What Will the Future Pro Camera (DSLR) Look Like?

This is one of the debates that spawn rumors about the demise of the DSLR. Every since the Mirrorless systems have been on the market and gaining steam, the question has been on whether or not the DSLR will survive. But I pose a different question... WHY do we CARE??

I guess the people who care most about this question will be the DSLR loyalists who can't make the transition to something new. These will be the Canon or Nikon users who swear by their larger full frame systems and large fast glass. The DSLR has been around since the mid-1930's and has been successful since the '60's as the go-to system over the rangefinder. Its transition to digital in the early 90's has spawned an out of control evolution, dare I say REVOLUTION in the field of photography. But the main feature of the DSLR, which gives it its TTL benefits, is the MIRROR. The mirror sits in a mirror box and reflects the image the camera sees into a pentaprism that bounces the image up to be seen through the viewfinder. This mirror box accounts for the size of the DSLR, even though technology has allowed many of them to be smaller than the cameras they replace.

But here are a few things I think the pro camera will have in the next 6 years and the DSLR will go the way of the twin lens reflex. Sure it'll be around, but it will not be mainstream.

1. No Mirror Box
Well, I think this is first and most obvious. Current mirrorless systems are gaining ground fast. 3 things that kept DSLRs above the Mirrorless systems this same time last year were Speed WITH auto focus AND metering between shots, full frame resolution, and again with speed with respects to frames per second. Well, we now have full frame mirrorless systems with the Sony A7/A7R systems. The A7R boasts a sensor pretty much the same as what's in Nikon's 36MP D800E. In fact, Sony MAKES the sensor for the D800's. They are also gaining in frames per second since the Olympus OM-D EM-1 will shoot at 10fps, but the problem is that is can only do this at a locked AF and exposure. Trust me, somebody's gonna be promoting that feature within the year. By proving the mirror box as an antiquated system, I predict most cameras being sold in 6 years will not have one.

2. No Shutter
I think this too will disappear before long as tech improves. Cameras are quickly becoming computers that take pictures. Firmware updates come as about as frequently as ones for your desktop, (although not quite as much for iPhones). So how will we take pics? Simple...the sensor will soon easily turn on and off in blinding speeds and eliminate the restrictions of an 1/8000 shutter speed. You'll be able to get 1/128,000 shutter speed on your new pro camera and stop a bullet in flight as it is discharged from a firearm, provided you had enough light. But who's shooting above 1/8000th of a second shutter anyway? The main gig the faster shutter will be used for shall be frames per second. With a sensor that cuts on and off with blinding speed, you be looking at sports photographers who'll be able to shoot 100 frames a second. Yeah, media capacity will have to increase as well.

3. Video Capture will be much more common
Every single camera made these days will do 1080p video. Well, except for Nikon's Df. The Canon 70D has features more attuned and designed for video use even more than photo. Video quality will improve and in 6 years, pro-level cameras will likely shoot 6K video. It might just be easier to shoot video instead of attempting to capture that decisive moment photographically and then pulling a single hi-res image from the video file. But I still believe video is gaining in popularity. Therefore more people will want to learn video capture the same way people are flocking to cameras and photo. Technology has made it easier to capture, edit, and share images. Vids will be no different.

4. Lytro Tech in Mid-Level Systems and Above
If you hadn't at least heard of the Lytro system, you're wrong. Lytro uses revolutionary tech to allow post capture focus points. Basically, with shallow depth of field compositions, you can elect to change the point of focus and chose something in the foreground or change it something in the background AFTER you've already taken the shot and are editing it in your post work. I'll let you read up on it instead of getting into a bunch of details when all I want is a paragraph for this post. But suffice to say, the company just announce its latest version of its light field capture camera. But I have a feeling that a major manufacturer will buy the company out and integrate its tech into its own systems. [Just came across this article about an MIT team using this same technique for cell phones.] Nikon hasn't shown this type of innovation in recent years and Canon tries to play it to safe stay traditional. I see Sony picking up this company in the next few years and integrating it into their mirrorless systems. Watch and see what I tell you.

5. More Wireless Options
Wireless options will be the norm for any new camera coming out in about 3 years. Pro level systems will be no different. It will be a standard feature, but they will do more. Your camera will essentially be a phone that takes pictures instead of making calls with a 4G, LTE, or whatever they may be calling it in a few years. Simply put, it will have its own IP address and be able to connect to internet at will with wireless speeds that will be able to transmit directly to the cloud no matter the file size. Wireless capabilities will, before long, reach speeds and capabilities that far outpace the camera files sizes and it will be seemingly instant. Cameras will likely still have high capacity media cards, SD or otherwise, but images will have the ability to download straight to a cloud storage source instead of just to your phone or tablet.


6. Cameras with Apps and Touch Screen Functions
Menus are being simplified big time. Sony and Fujifilm have camera controls that are becoming more similar to App controls and it will continue. The Leica T is probably leading the pack in this regard. Our Leica rep for B&C Camera came by to update us on some Leica training. He introduced us to the Leica T system that has just hit the shelves. There are FOUR buttons on this thing. Everything else is operated via touch screen and app functions. In fact, let me just say that this system is probably the prototype for the rest of its systems. Likely the M-series will be modeled after this same tech in a few years. Its been Samsung who has been the spearhead in this regard, though. They started it with the Galaxy point and shoot cameras which has not evolved into their NX systems. The NX-30 is, in all likelihood, the camera that will most likely meet all of my predictions if they don't falter or get knocked out by competition...again, I'm thinking Sony.

In any case, I don't see the DSLR being in the picture in its present form anyway. But back to my original question. Why do we care? Cameras and photography has been in a constant state of evolution. The DSLR replaced the Film-based SLR. They are still around, but less and less people are shooting with them and manufacturers aren't producing them any longer. Prior to the SLR, pro photogs used entirely different systems. This link depicts early sport photography cameras that weighed in at 120 pounds. The thing looks like a howitzer. But my point is that technology drives change and cameras cannot stay the same. So why do we care whether or not the DSLR will still be here in 6 years. The DSLR is a tool in order to do photography. IMHO, its the photography that matters. How its captured, doesn't concern me as much as long as its good quality per my standards and looks like what I imagined it to.
Brought to you by Photo Anthems.com No comments:

I didn't have much expectations about my Fuji XE-2 in the beginning. I knew it took great pictures, but I was used to working with a huge and heavy 36MP Nikon camera. So no way the results would be similar. So my expectations were low comparatively. I'm telling you now, however that I was amazed with the results.

And now YOU can see too.

I've just now finished all the edits I think I'll do from that trip. I even did a professional shoot on my way back from Nicaragua. I stopped off in LA to help a friend who asked me about shooting for a business working at the Black College Expo. Some of that was doing convention capture, but then later that day it was fashion work for a clothing line. I got to work with about six models who were excellent. Since I don't like doing a pro gig with one camera, I also rented a Fujifilm X100s to give me some wide-angle aspects since all I had was the 35mm which looks like a 50mm due to Fuji's APS-C sensor (Crop factor of 1.5). The X100s has a fixed 23mm f/2 lens, which looks like a 35mm due to its APS-C sensor as well. I had it shipped ahead to the hotel where I was staying. 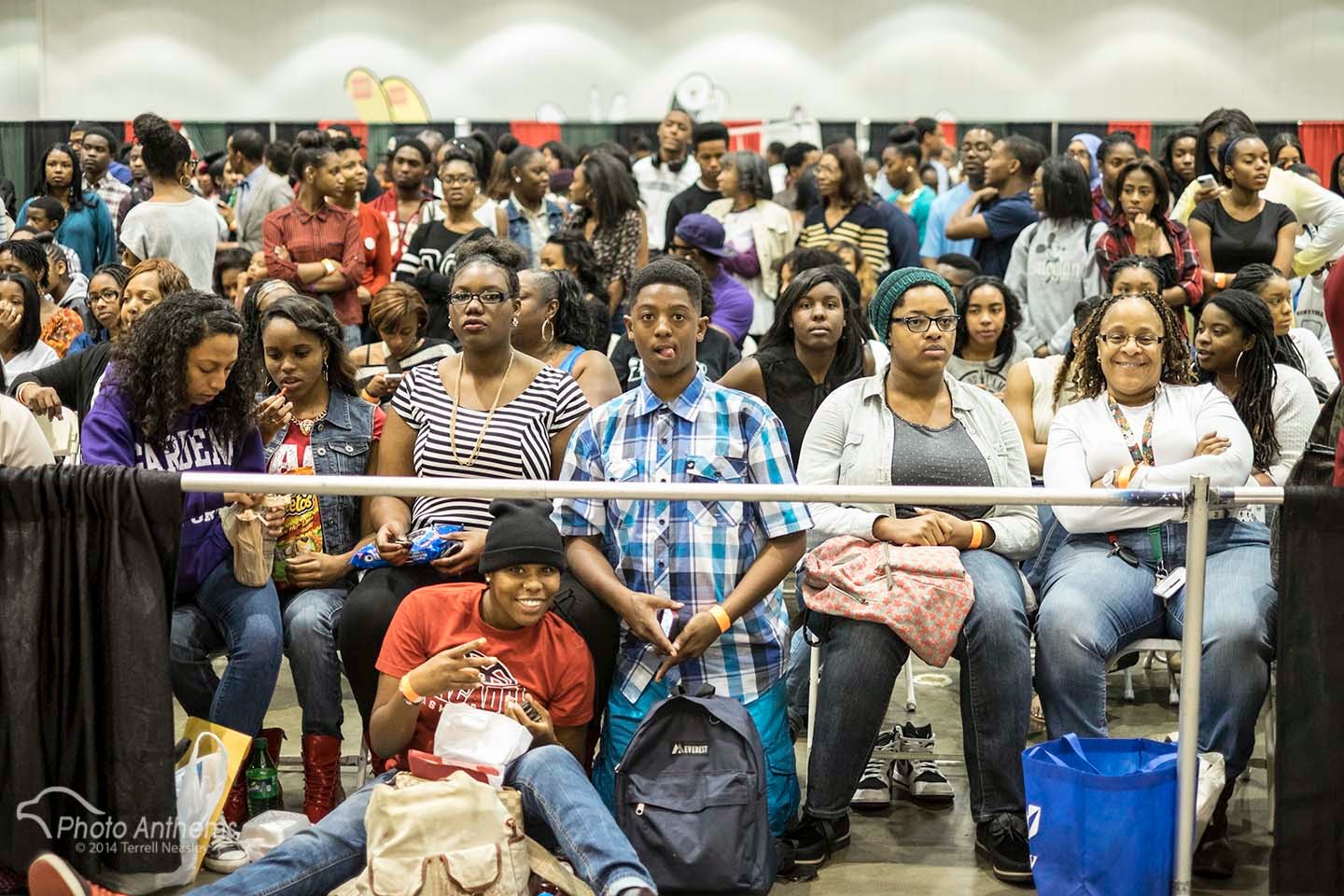 I got everything I needed and was able to deliver the goods. The file sizes were still around 33MB in RAW form, so I had plenty of information for editing. I still wish I had my 36MP D800E for fashion work, but this crop-sensor Fuji delivered for the purposes intended. And now that I've completed edits from all my shots in Nicaragua, I've still amassed about 80 edited images out of the 965 I came back with, which is closer than I expected to my normal rate as a 10%'er. Even back in my film days, I was still relatively and consistently editing 10% of all my shots.

Given all that, I will try my next excursion with the Fujifilm X-T1, which has added weather-sealing. I'm really loving this X-Trans II CMOS sensor. Coupled with the addition of the 23mm f/1.4 and the 56mm f/1.2 to go with my 35, I'll have everything I need. Well, I think I might just indulge myself a bit further. I'm also waiting on the Rokinon 10mm f/2.8 ED AS NCS CS Lens for the Fuji mount to be released. Rok makes some budget lenses but they've been really pulling out the stops on several new additions. So, if I'm gonna try it, its gonna be on one with expected distortion. I just wish I could hurry up and finalize all my travel plans and itinerary! 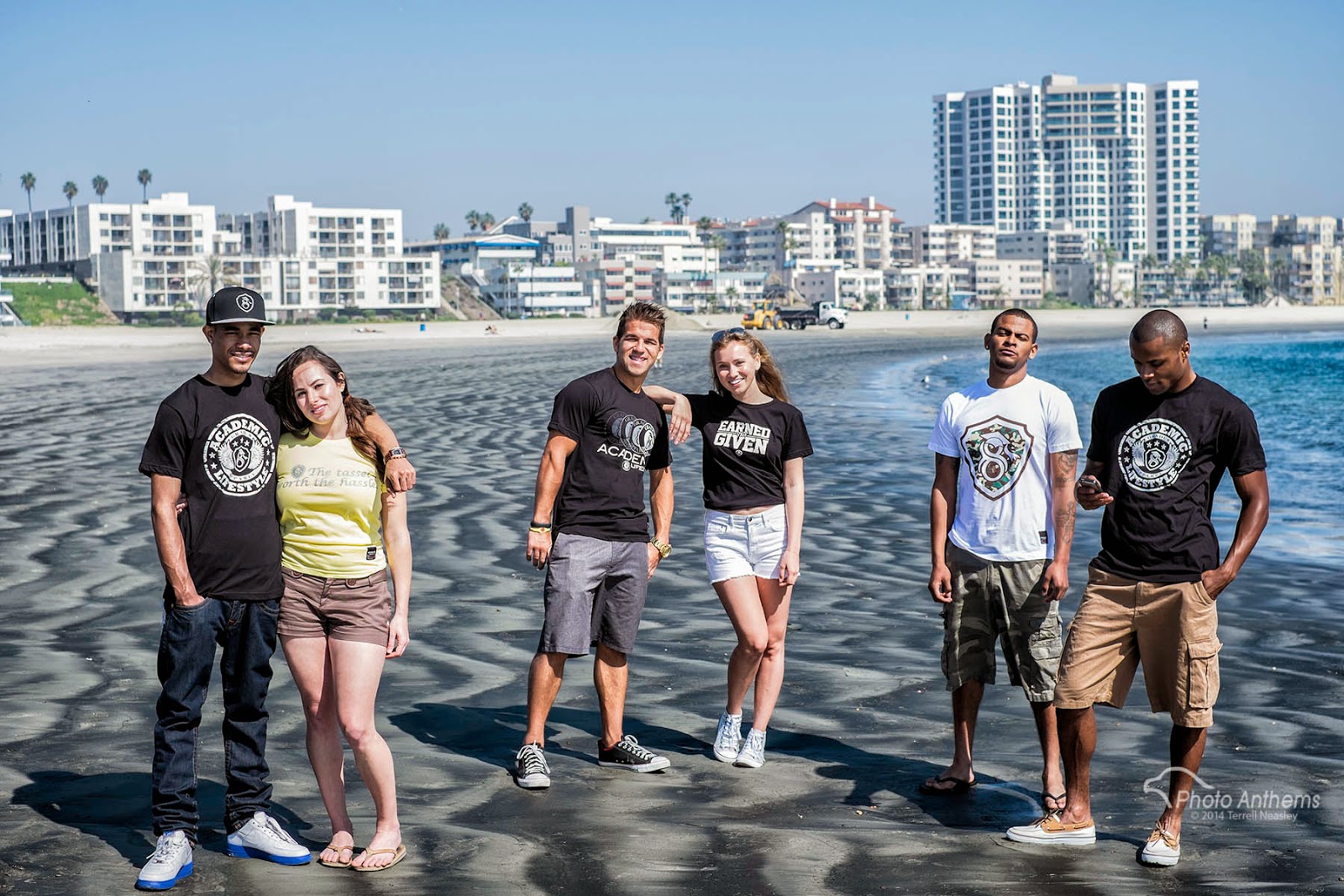 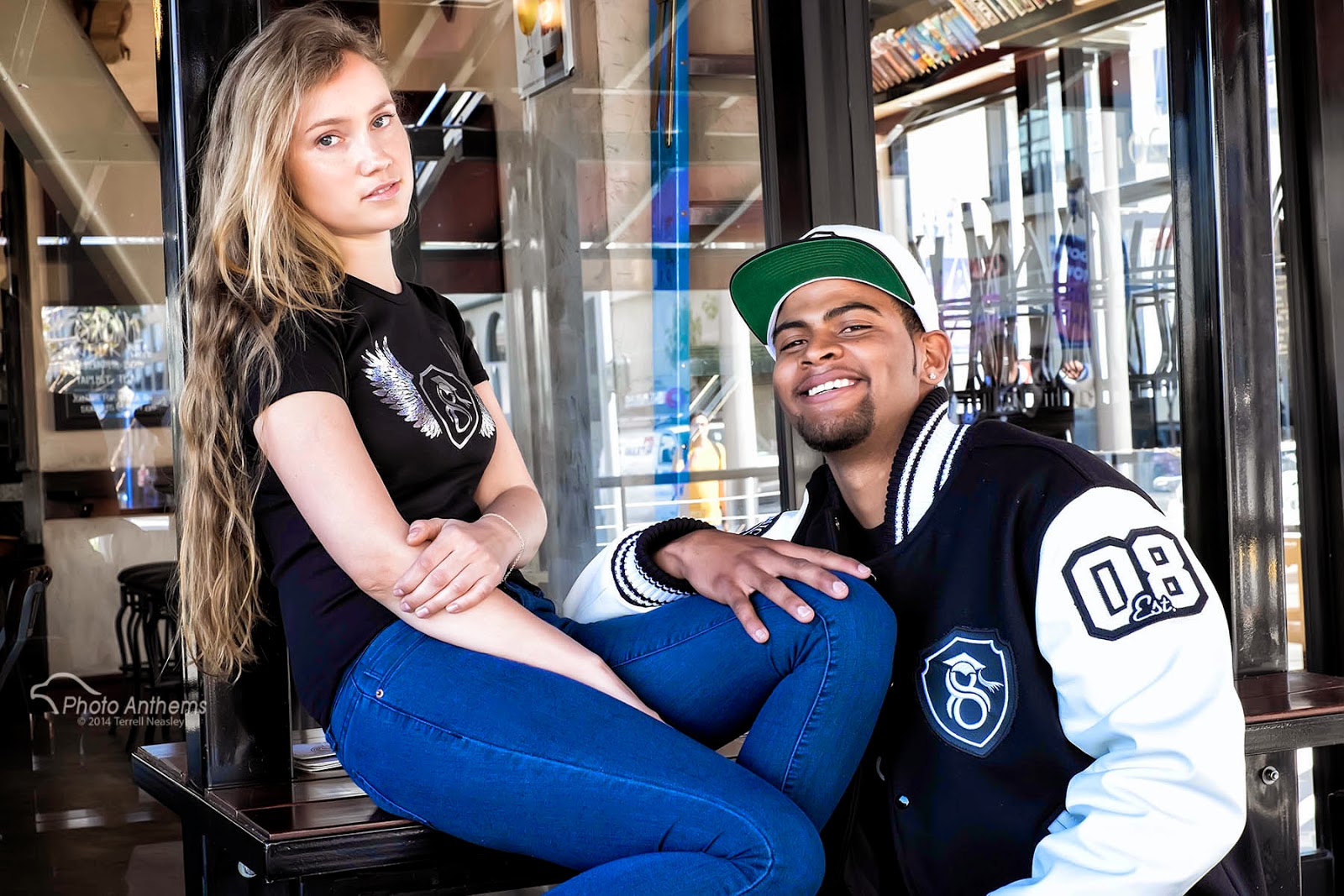 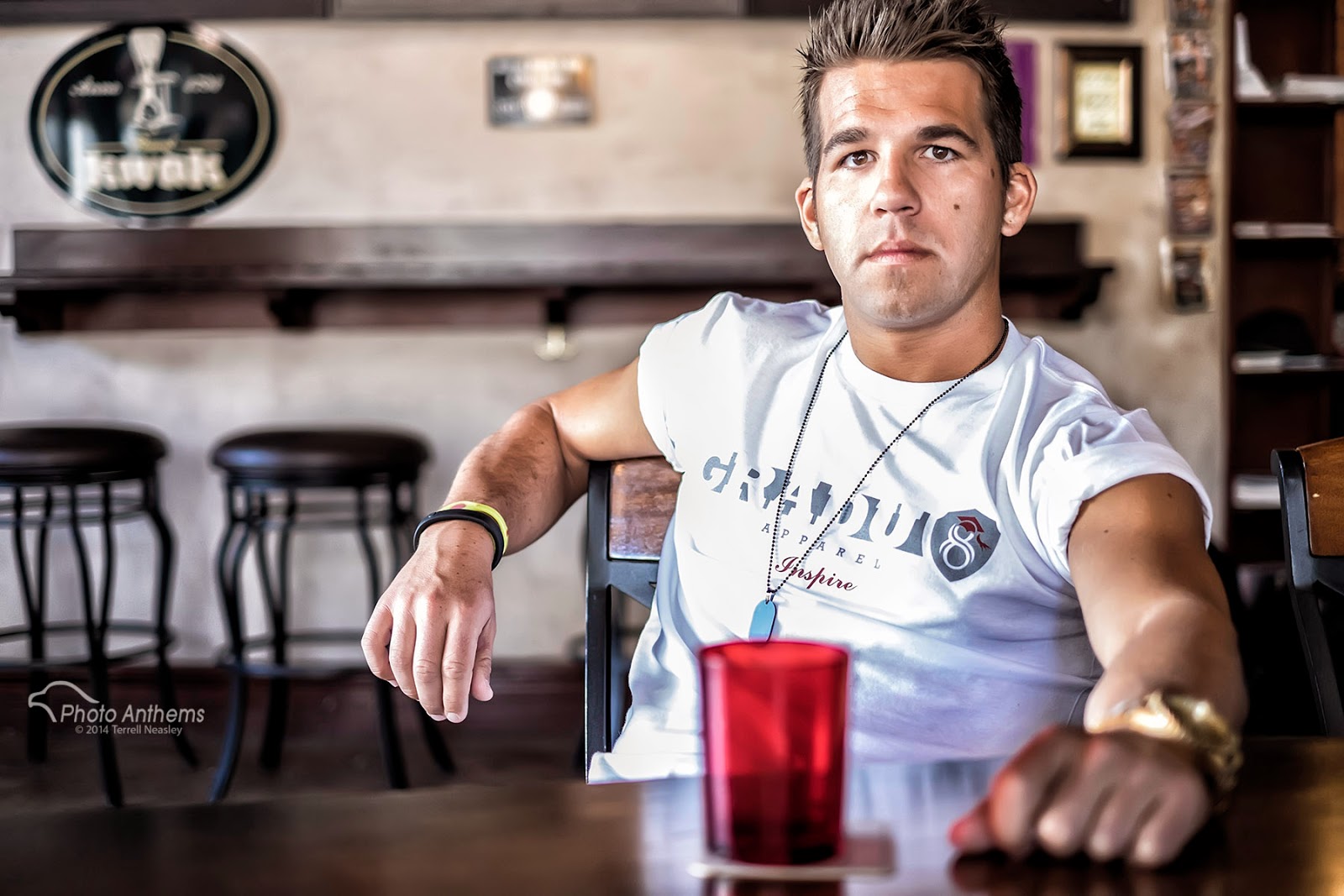 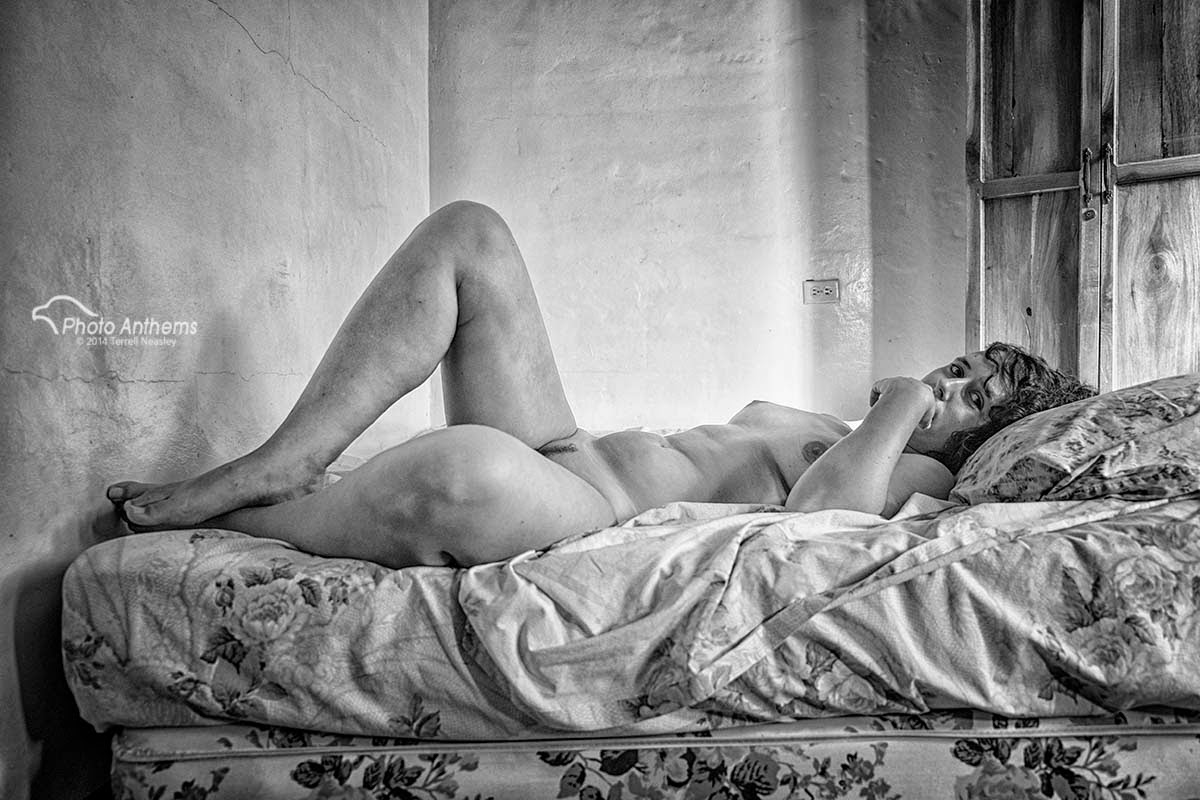 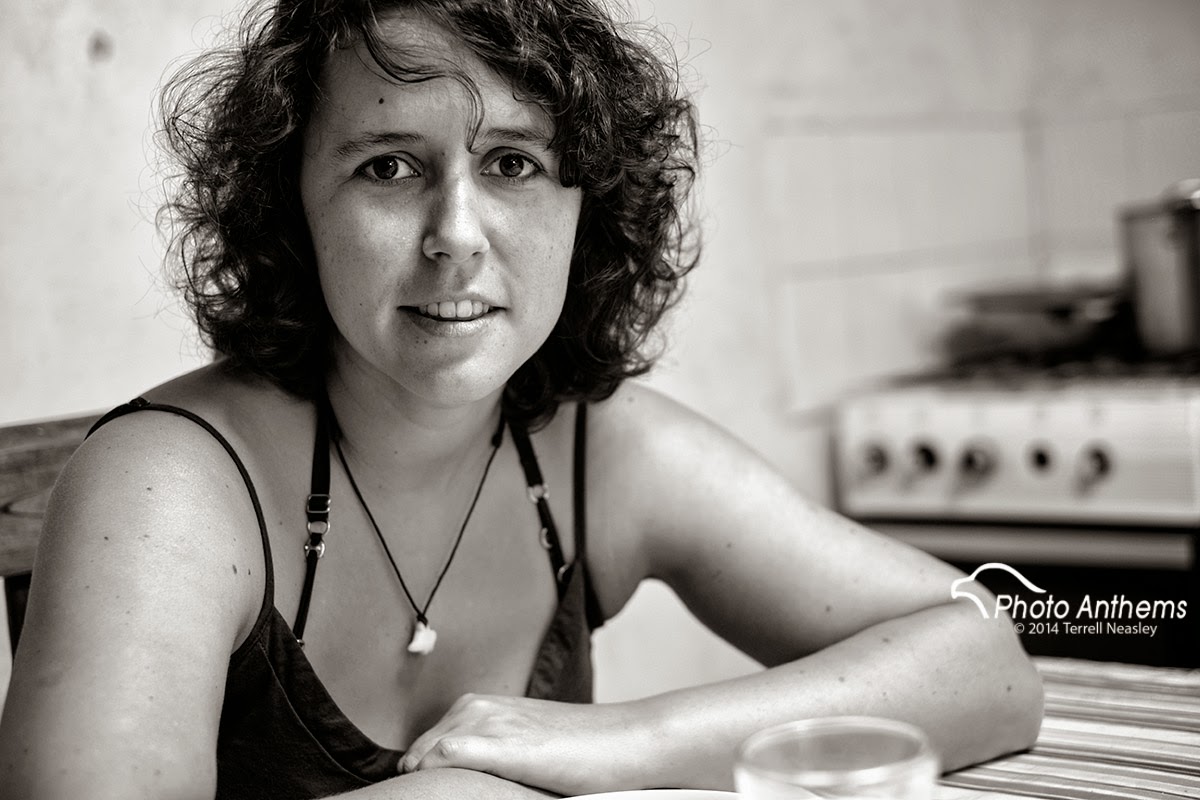