A Few Points to Hit On 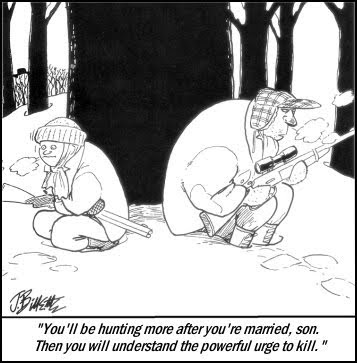 (This has nothing to do with photos. I just thought it was funny!)


"I believe in equality for everyone, except reporters and photographers."
- Mahatma Ghandi 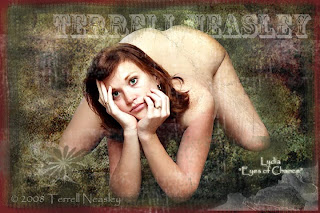 I don't know what all this funky weather is about. My family in Texas and Tennessee are seeing more snow than they have in ages. My sister sent me some pics of my folks house in Texas and I've just never seen that much snow there. I didn't see that much snow til I did my first tour of duty in Germany. I went from having a vague knowledge of what snow was to being knee deep in it. I tease at times about the contrasting weather they have compared to here in Nevada. Today I was in shorts, T-shirt, and flip-flops. It was a reasonable 70 degrees here. Oddly enough, we've gotten our share of the oddity in weather too. We've had more rain here in the last few weeks than I've seen during the monsoon seasons of all 3 years that I've been here put together. El Nino? What the hell?


Now I thought it was pretty dog-gone cool when Unbearable Lightness was featured on The Sensual 7 Seconds Blog (a week ago). You can't imagine my elation when Karl contacted me and asked me to participate in his questionnaire feature as well. That made my day. But now that he's published it on his blog and I got to read the things that he said about me...well, let me just say its good to feel appreciated. I feel so good right now, I'm going to go spend some money. Drop by to see his interview with me. 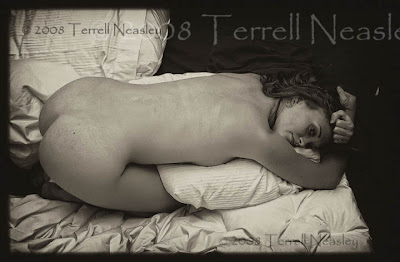 Regardless if friends go with me or not, I'm heading to Death Valley in the next month or so and staying out overnight to catch some nice sunrises and sunsets, hopefully with a valley of wild flowers aplenty. If I can get a model to tag along, then that'll be great too. But I haven't had one model yet give me even any inkling of an idea that she'd be willing to camp out. Day-trip? Sure. Staying outdoors overnight? Kiss my boo-tay, okay...!
*City girls....* 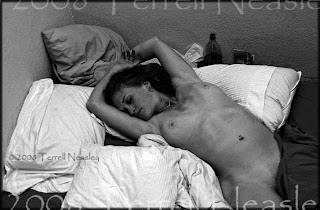 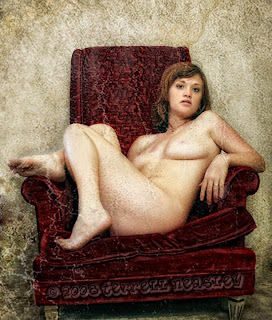 As one who is a patron and proponent of the nude arts, you may find it ironic that I am also oddly drawn to freelance men's wear journalist, Simon Crompton's "Permanent Style" Blog. I am not a true fashion person. I don't even pretend to work in much fashion photography. I'd rather not even give consideration to succumbing to the latest trends of the day. If everybody's wearing it, chances are, I am not. As a kid, I wanted to be like the popular kids. When Michael Jackson sported the red jacket with zippers all over the place, I wanted one. People were putting zippers in their collars! I couldn't even get the popular Member's Only jacket. If it didn't come from Wal-Mart, Payless, or the local thrift store, chances are, I wouldn't be wearing it. Even as a kid, it wasn't so much that I was into fashion as it was that I wanted to belong or at least not get picked on for what I wore. Actually, I think it was maybe my 7th grade year when I realized that I didn't give a damn about fashion trends. I found a pair of bell-bottom pants that I pleaded with my mom to buy. Bell-Bottoms were NOT in style anymore. I got teased and since my mom spent money on them, she made me keep them and wear them. After that, I could give a flip-flam about fashion and swore, I would wear what I like regardless of the trend of the day. What I like about Permanent Style is that it covers clothing of a more refined taste. To me, its fashion that's above trend. Simon presents clothes, clothiers, and materials that have a focus on the quality and classical wear. Class doesn't go out of style. In particular for me, I pay special attention to his shoes. I've been so intrigued about what goes into the custom hand-made shoes. They have a look of elegance that cannot be denied. These are shoes that you can actually see the worth of $200 plus going into them. They don't cost that much just because of the name or because they are in demand right now (and then be half that price or no longer made the next year). Simon presents us shoes that hold up 15 years later and are still considered fashionable. Its the same thing with suits and shirts. The man teaches you the art of wearing clothes. I like that. 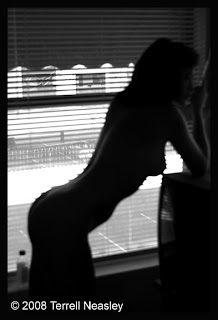 I revisited images I did with a model two years ago. I went back over her shots and edited some that I hadn't touched before and then some that I re-edited again. She goes by Tyler Aria now and has a OMP profile as well as one on Model Mayhem. She was one of the first models I worked with in my workshops and she's definitely a performer. That's right. Her modeling can be viewed as a performance. The girl simply has a talent for the camera and giving up what you want. She's an adrenaline junkie so I hope you don't try to take advantage of that. In my outdoor workshop, I left for a few minutes to scout the location we were getting ready to move to. I came back to find that the guys had her hanging upside down in a tree. Treat her right and chances are you'll get what you want. Its probably your own fault if you don't. That's how good she is.
Brought to you by Photo Anthems.com 2 comments:

Congrats to My Friend, FELIX GONZALEZ!!

"Security is mostly a superstition.


It does not exist in nature.


Life is either a grand adventure 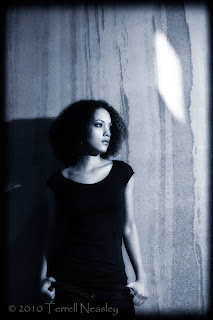 Dilenia
"First Capture"
This past Saturday, I got to attend a photography workshop by Mark Wallace, sponsored by PocketWizard. Getting to meet Mark and his wife/business partner, Diane was actually quite extraordinary. I haven't worked with PocketWizards that much with the exception of those that were supplied in a studio setting. I'd previously considered them to be simply an alternative means of firing off-camera strobes or flash. I use a Canon ST-e2 transmitter when I want to use my Canon Speedlites mounted on a stand (or by any means other than on top of the camera). Just as well, a Canon 580 exII can also be used as a master flash to fire any group of other slave flashes. I just figured the PocketWizards were maybe only more powerful, but the same thing. I haven't had the need to got big on lighting. I am mainly hand held or natural lighting. I'm too mobile in most cases, but there are times when I have to do a group setting in which I need to set up my stands. Mark even showed one configuration using my ST-e2 sitting on top of a PocketWizard Mini, which was mounted on my camera hot shoe. This configuration can be used to control the ratio of light coming from two groups of flash. 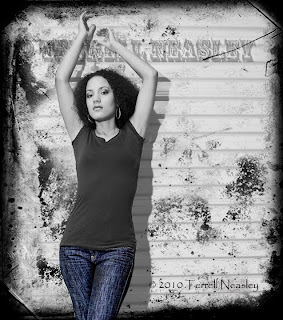 
So in this workshop, I understood that I underestimated the power of the PocketWizards. I'm pretty sure that when I need to get an alternative transmitter, I'm not going cheap or generic. It will be a PocketWizard. Mark did a lecture on lighting and then loosed us on either of 4 stations where a model was awaiting us to come practice what we learned. Most of the lecture was on basic lighting. I had that part down. I did learn about rear curtain syncing which I plan on looking for an excuse to use now. Mark was entertaining as he spoke which kept our attention on the hard ass floor. That part sucked. Seating would have been pretty nice. Diane and Philip, one of the Pocket Wizard Ambassadors to the US...(Regional Manager), came around to our stations to work with us and see if we had probs or issues. I'm not naturally a studio guy. I like on-location gigs. That's my thing, but I still took advantage of the workshop. All of this went down at the Avrio Studios. Its the largest one I've ever seen. You can fit aircraft in this thing and its all green screen. Of the four models available, I only got to work with two of the four models, Dilenia and LaRonna and I am not disappointed in that fact. Both these two models were more than enough and I gotta get a rematch with both one on one. Dilenia brings that total package to the table while LaRonna gives you that distinct exotic appeal that lets you know you're about to do something really good. Kudos to both of them. Be sure to check out their links if you need a model in Vegas. I fully recommend them both. 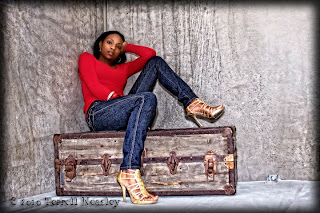 
And lastly...hold on a sec. I'm trying to figure out how to say this without being so crass as to blurt out, "I TOLD YOU MUTHA-FUCKAS FELIX WAS THE SHIT!" That would simply be uncouth, undignified, and simply boorish. You might think me to be a simple-minded person of limited intellect, who's not entirely well-versed in the grammatical parameters of language. That being said, let me put aside the political correct speech and come to terms with the fact that there are indeed times that the most simple, albeit emotional expressions can still be most appropriate. Let me just prove my point here first. Almost a year ago, I told you all of his freakish talents on Univers d' Artistes. You may want to check out that post here. Go ahead. I'll wait. Well, now the whole world nows and its only going to get bigger for him in the next moments of time to come. I said moments because this will happen quickly. 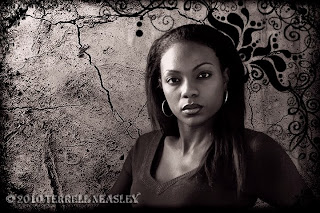 On the Canon Professional Network, you will find that "Monica Allende, picture editor of The Sunday Times Magazine, has picked her shortlist of images from the photographs submitted to the fifth edition of Editor's Choice - an entry that highlighted the work of talented photojournalists from the USA, Australia, Italy, Portugal, Luxembourg, the Netherlands and many other countries."

Felix is among her selections. His is the second one documented in an audio-visual presentation of each of her selections and WHY she chose them.

So mosey on over to the Canon Professional Network site and select the news tab. Scroll down a bit and click the Editor's Choice Results for Monica Allende. Then click the red "presentation" hyperlink in the second paragraph to start the presentation. Okay, fine... let me just give you the direct link. CPN: Editor's Choice - Monica Allende. We're talking over 80,000 submissions. She picks like 13 and Felix made the ranks among that .0162%.

CONGRATULATIONS, FELIX!!!!
Brought to you by Photo Anthems.com 4 comments: