Five Things I'd Like to Tell My 20-Year Old Self


"13 Blessed are those who find wisdom, those who gain understanding, 14 for she is more profitable than silver and yields better returns than gold. 15 She is more precious than rubies; nothing you desire can compare with her. 16 Long life is in her right hand; in her left hand are riches and honor."
~ Proverbs Chapter 3, verses 13 through 16

Oftentimes, you'll hear somebody say, "If I knew then what I know now..." followed by some proclamation of forecasted success. But the question might then become would your self back in the day listen to your self of today and heed that advice. I don't know if I'd have been hard headed or not, but this is what I'd like to say to 20-year old me:

1. Listen More/Talk Less
Right before you turn 21, I believe this to be the second childhood in your life. I know old age has been rumored to be called that, but it ain't so. Twenty-One is. Why? Well, when you think about the earliest days of your childhood, its likely when you intake the most amount of information in the least amount of time. They say children learn at a faster rate between birth and 5 years than they ever will for the rest of their lives. The older you get, the more you think you already know. Until you become a brand new adult and now you're back at the bottom of the generation pool.

I'd tell myself to spend more time listening and observing. At this point, there is a lot of information coming your way in becoming an adult. I'd wish I'd paid attention to the things and people around me more. What was going on in my world? What were the issues, politics, and world events that might impact my well being and life choices. How could I contribute to the causes, campaigns, and movements that would help give me much needed advantages in life. But also, I'd learn to observe and study the systems in place that might exploit my naivety and learn how to avoid those things that would serve to undermine my interests or better yet, learn how to play the game.

2. Money
I'd tell myself to get to know and understand how money works. Where it comes from. How it moves. Who has it and controls it. What taxes are and how tax dollars are used. I'd study the history of it. Learn when it moved from a gold standard and what that has resulted in. I'd learn how it is created. Learn how you can work for it, or make it work for you. I would definitely learn to master the markets and how human emotion may control buying and selling instead of common sense and logical analysis. Then I'd get into understanding the entrepreneurial experience, and not focusing on the corporate world so much.  I would definitely be more of a saver during my learning and formative years. I'd tell myself that half the things I  bought that I thought I'd need, I didn't.

3. Figure Out What Matters Most
Many of the things I thought were important when I was a kid were important to me as a kid. The problem was that I carried much of this over into my early adulthood as well. I mean, I still watch cartoons and know my comic books like a nerd. That's not what I'm talking about. I'd tell myself that it wasn't so important to keep up fashion trends. I'd ask myself to re-evaluate time spent with family and exploring the world as a priority over bigger salaries, newer cars, and bigger homes. I'd try to get myself to focus more on experiences than things.

4. Record Family and Friends
I'd say get into photography sooner, you idiot!! YOU love this shit!! Don't worry about how much a camera costs. Get a good one and learn to expose. ESPECIALLY get your portraiture work down and start doing portraits of Mama Carrie and Bubba! Capture those candid moments of them sitting around in the living room watching Adam 12 and Emergency. Get those shots at church. Get it all, shooting constantly.

5. Self-Improvements
This is where I'd have a sit down with myself. "Terry. Listen. I know you want to be a good dad, husband, and friend. I know you want to serve people. I like that you have a great and generous heart. But I also want you to serve yourself. Be a better you. Make it a priority to master Spanish and French. Then get two more languages down well. You'll get photography down fairly well, but start now on music. Get some good practice on a piano. I think you'll like it. You are already an avid reader. But start in on some of the classics. You don't have to just focus on business books. You can read some non-fiction sometimes too. And you don't have to wait til you're 40 to read the Bible in its entirety. I think you'll be a much better person much sooner if you start learning about your planet and the cultures that inhabit it now."

"And hey...everybody ain't like you. So drop some of the expectations. Especially with women, particularly the ones you're in love with. Be a little bit more easy on them. Life is already hard. I know its been important to be hard and tough, both physically and mentally while you're serving your country. But maybe get some counseling to help deal with balancing that shit out with your family while you're still in the military, so it doesn't kick your ass long after you're out. Lead your soldiers, teach your kids. But you can be softer with your women." 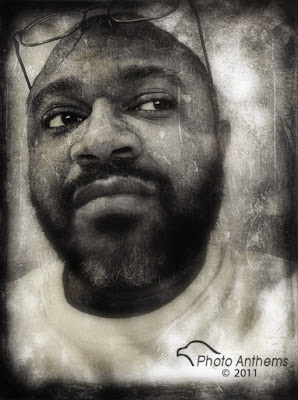 6. Relax and Travel
Traveling the world is not the purview of white people and you don't have to be rich to own an expensive camera or travel the world. You probably don't have to be so hard all the time. Try to balance the soldier better with the real world people you have to interact with. Relax more. Take more time off. Travel with the kids, camp with them, and go see some national parks out west. They'll like it. 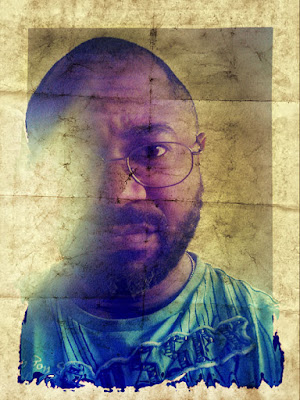 Oh, and one last thing. Protect that left knee a little better, dog. Make sure EVERY single injury is documented and reported. DO NOT tough it out. I re-friggin'-peat!! DO NOT TOUGH IT OUT AND SAY NOTHING! Don't let them keep feeding you Ranger Candy (Ibuprofen). A Ranger Tab does not translate to invulnerability. Cuz later on, when you're REALLY feeling that shit, the VA will need clear and concise documentation that there was a problem during your service time and that you didn't just injure your knee last week on the basketball court. Okay? Be good. And don't be so hard on your son when he steals your VALUABLE comic cards, takes them to school, and then gets them taken away by a bigger kid. They are just cards. Its not worth it.