The Month of August

What can be said about this month of August? Its probably been the strangest birthday month to date. Good things...not so good things. Four main parts to this month have been the most significant. First and foremost, I had a birthday. So that was definitely a good thing. Another day above ground is always cool. Along with that, I took a trip to Colorado. This is where it gets a little tricky, but I won't bore you with the details and specifics. Suffice to say, I didn't get to shoot any models. I didn't get to see many of the friends I went there for because I had to cut the trip short. Time was limited for the friends I did get to see. And to really put the crown on the cake, my car suddenly took a dump. It began spitting coolant everywhere. 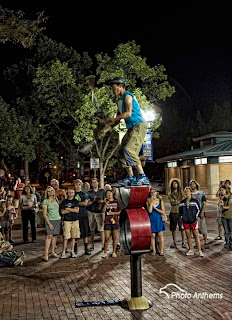 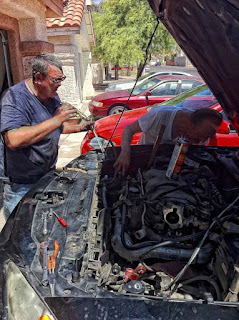 It took me about 16 hours to drive back and about 5 gallons of coolant. I went straight to the dealership but they could not even find a problem after keeping the car for a day. It was believed that a gas attendant I saw along the way might have fixed the issue by releasing air pockets through a bleeder valve. Well, I lasted another week before my ride started spitting coolant again. This time, my buddy Felix and his life-long friend Art came over to look at it. Art found a leak in the water pump and thought it might be wise to change out the thermostat as well. He agreed to work on my car the NEXT MORNING. What I didn't know til after I got over there was that it was HIS BIRTHDAY and we spend from 7am to almost 5pm taking apart, replacing parts, cleaning parts on my car. We took apart the entire coolant system almost and flushed both the engine and the radiator. We replaced all the hoses, installed a new water pump and thermostat, and he made my throttle body look like new again since we had to remove it to get to the thermostat. Sadly the car is STILL spitting coolant. I'm giving it a few more days to see if it may have just been overfilling it or something simple. So the jury is still out on that one. Long story short... Papa needs a brand new ride. 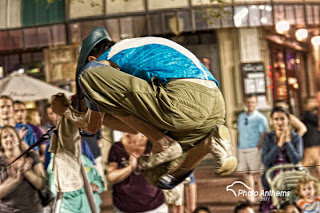 So yeah, its been a weird month. So much so that I've got friends asking me where I've dropped off to. Photo-wise, its been mainly catching up on edits. As soon as I got back, there were two projects waiting on me still and the primary one was from a volunteer session for NILMDTS I had done a week before I left for Colorado. I did more edits on that project than any NILMDTS session to date. I didn't get many shots from Colorado either. Most of my time was spent hanging with friends and when I did try to head up into the mountains, I got stranded on the side of the road while heading up some mountains waiting for my car to quit steaming. And this has probably been the month with the most VA appointments ever!

But this month has definitely been a blessing too. Despite the car, I honestly can't complain. Well, maybe a little with the knee and my back, but other than those things all together, its been a blessing. I got to see 3 friends that I hadn't seen in 25 years. The only regret was that I did't get one shot of me with Kev, Jay, or Susie! I spent the majority of my time at Kevin's house and despite the 3 times we went out... not one shot. I only got to see Jay and Susie only briefly but still, not even a camera phone photo. I also to see two former models of mine that I hadn't seen in 5 years. I spent the night with one of them, Dana, (another shot of Dana) and since I wasn't going to get to do any camping, I took my sleeping bag out on her patio that was covered by a big crab-apple tree. Her boyfriend was also a former photo classmate of mine from college in Murray State University in Kentucky. They took me out for a birthday dinner that night. 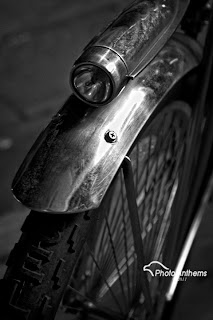 I haven't done any more nudes since working with Viki Vegas in early July. So I need to change that. I think my next concept will be a little more edgy and possibly dark. Any takers? I've been doing safe and conservative for a little too long so I definitely need to spice it up a little. Come to think of it, I hadn't been doing much hiking either. Its too friggin' hot to do stuff locally, but I could easily head out to Mt Charleston or maybe something out to Utah. My last hike was with Aletha and friends in mid-July and that was Mt Charleston's Big Falls. Before that it was in June where I also camped out and did Little Falls that night and Big Falls that morning. I guess I never posted any pics from any of those hikes.

Well, the month isn't over so there's still lots I'll still have to report on. I gotta finish this thing up quick. Got another VA appointment on the other side of town. Hope the car holds up!

Mary, Katherine... Sorry I didn't get to drop in on you guys in Gunnison, CO. I'll be back that way, though... PROMISE!

Brought to you by Photo Anthems.com 3 comments:

Is the US Really a Parasite?

"Debt, n. An ingenious substitute for the chain and whip of the slave-driver." - Ambrose Bierce

"What can be added to the happiness of a man who is in health, out of debt, and has a clear conscience?"
- Adam Smith

"Be assured that it gives much more pain to the mind to be in debt, than to do without any article whatever which we may seem to want." - Thomas Jefferson, In letter to his daughter.

Great civilizations have come and gone since man first decided to live in a community by a water source. Nimrod built some of the Earth's great original metropolitan sprawls. Babylon, Persia, the Greeks, Rome were all powerhouses and at one time centers of the planet. The Dutch East India Company was the first to become a publicly traded corporation when they issued the first share of stock in 1602. Following this several European countries became centered on expanding their influence in colonies around the globe. The superpowers back then centered on Great Britain, France, Spain, and Portugal.

Today, that map of superpowers has to be redrawn a little bit. A paradigm shift relocated the influence away from Portugal. Most kids today couldn't find Portugal on a map and the other nations sort of keep to themselves.   The ability to maintain a space program became somewhat of a defining prerequisite to be a member of the superpower club. And right now, the United States of America can boast a superior position in this exclusive members only club. So let me get to my point. Actually, its more of a question.

How long does America have before its membership expires?

All the aforementioned great civilizations had its time, but did not sustain. The U.S. is still fairly young and I submit that we may be burning too brightly, and could potentially have a shorter life, comparatively speaking. The larger the star, the shorter the life because the immense pressures to maintain that size causes it to burn up its  hydrogen at a much faster rate than say a star like our sun. So what is America's hydrogen....CASH!


If there is any one thing with the potential to kill our nation and reserve our spots in the history books, its our national debt and the lack of cash. In one of my first Econ courses during my undergrad years, I had a professor who encouraged us to simplify huge problems by imagining them on smaller scales. The National debt and the totality of how we pay our bills is too much for me to wrap my brain around. I used to say in High School that I'd be Treasury Secretary one day. Just in case you were wondering, it didn't happen. But what I can do is model the debt crisis after me. The model and principles are still the same. I have bills to pay and I know what happens if I don't generate revenue to pay them. I also know that credit cards have to be paid off at some point. I understand full well the consequences of the transfer strategy whereby a balance is simply transferred to a new card instead of paying it off.

It took the first 204 years of our Nation's history to accumulate $1 trillion in debt. And now we are doing that every 2 or 3 years. - Jim Cooper

We have a new deadline, and it looks like congress and the president have staved off disaster by finally reaching an agreement to pay our bills. I don't see a success at all. I see a delaying tactic. Raising the debt ceiling by 2-something trillion so we can increase debt, in exchange for making cuts that will equate to that same amount, but over 10 years?? Its not sustainable.

Here's my prediction. Obama is not soley responsible for all this. Our two-party system is essentially failing us. The weight of the sun in debt plus a government that can never come together for meaningful resolutions is the perfect storm. Wait... we're missing one last element. A perfect storm is always characterized by at least 3 elements that come together to create the uber-mega effect. I think that 3rd element will be the rest of the global community coming together to effectively stifle our influence on world markets. Chiefly, this will be done by devaluing the dollar, but I believe other international policies will come into effect that curtain our ability to conduct business as normal. In the same way we create oversite and regulatory divisions after something disastrous happens (Federal Reserve, OSHA), so will the international community create a governing body who's prime directive is to keep any one country or government from becoming a cancer to the rest of the nations. Who started the housing debacle that crashed the economy? We did. Who else felt the effect because they bought our debt? The World. Putin just said it, and I can't say I disagree with the man.  "Putin says U.S. is 'parasite' on global economy", By Maria Tsvetkova | Reuters – Mon, Aug 1, 2011. America is only 235 years old. In the life-span of a nation that's teen-age years. Would you give your kid a credit card?

Sorry about talking on matters that have nothing to do with photography. Had to get this one out though. Photo next time, okay? Congrats to Katherine who got married recently.


"Ten million dollars after I'd become a star I was deeply in debt." - Sammy Davis, Jr.

"Blessed are the young for they shall inherit the national debt." - Herbert Hoover

"Neither a borrower nor a lender be; for loan doth oft lose both itself and friend, and borrowing dulls the edge of husbandry." - William Shakespeare, Hamlet.

Brought to you by Photo Anthems.com 4 comments: