Recalling My Trip to Argentina: Adventures in Ushuaia 2019 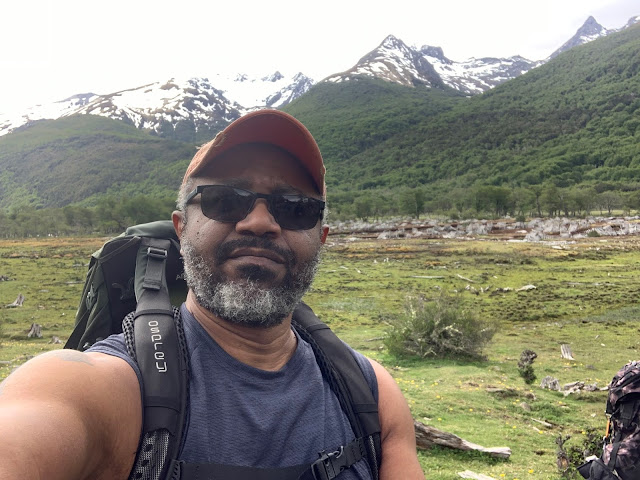 Back in January, I said I would revisit and share some more of my experiences in Argentina with you guys. I didn't talk about this part of my trip much, but I had 3 main hardships to contend with while I was there. However, I want you to understand that the bulk of my experiences were positive and my overall impression about Ushuaia is that I must do this again!

I spent two months in Argentina, October and November of 2019, flying there from Peru. Only 3 days were spent in Buenos Aires, after which I flew down to Ushuaia at the southern most tip of Argentina, in the region most commonly referred to as Patagonia.

Though I had initially tried to avoid it, I arrived just before a late season snowstorm blanketed the area. I stayed in a bed and breakfast owned by my new friend, Javier. His place is located on the outskirts of town in the woods at the foot of the mountain. Beautiful place! It was a unique experience to boots deep in snow one day and then to have spring pop out as if it was spring-loaded the next week. One week, it's all white and the next week was luscious green. 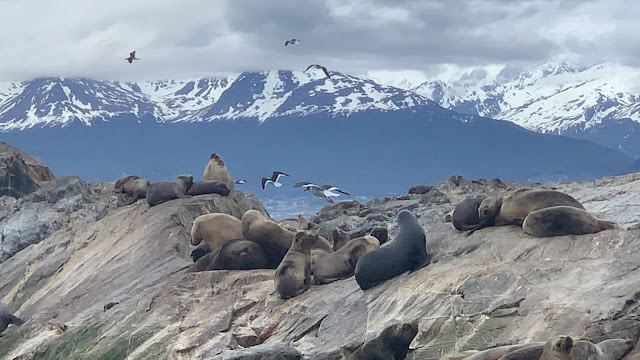 As soon as I got to Ushuaia, I became rudely aware of one major thing. I'll put it this way. I went to an ATM in Buenos Aires to withdraw $260 in Argentine Pesos. The exchange rate and fee was so outrageous, I was certain I had just did the math wrong in my head. I accepted the fact that it might be expensive, BUT, I had to get the money. Peru was charging me $7 at the ATM for each transaction. Surely, this could not be as bad as that.

I was wrong. Sooo WRONG! To get $260 out of the ATM, it cost me $50! I realized this the next day when I checked my bank account. Crazy!! I knew I had a problem on my hands, but then again... this is Argentina. I'll just use my card. 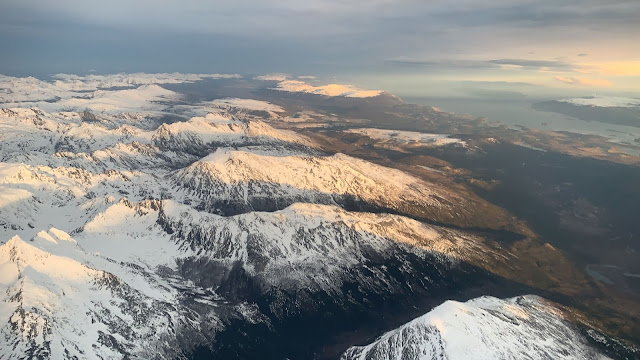 Upon arriving in Ushuaia, I saw 2 charges on my account for about $800. Damn. Okay. I called the bank and let them know. Instead of shutting down just the one account, they shut them all down. They apologized afterwards and got me fixed back up again. The problem came when they tried to send me new cards. It took THREE weeks. WHY? Mainly due to some misunderstandings in customs. The shipping fees should have been covered, but I never got any notices that my envelop packages with my cards were being held for the sake of $1. When I never arrived, the envelops got returned to the sender. At the end of October, my situation was finally resolved and I got my cards.

The Vinciguerra Glacier is a beautiful hike. I had never been on a glacier before. A few days earlier, I had taken a boat tour that dropped us off at a Harberton Ranch about 40 miles to the east. We toured the property, explored a trail, and visited the Acatushun Marine Museum showcasing several whale skeletons and that of other marine life in the area.

I've had two surgeries on my left knee from a military injury and I've been told I will eventually need a replacement. I was told to take it easy. Maybe the YOLO in me kicked in and I couldn't help myself. My knee held up fine, although much of this was easy walking, no heavy packs, and gentle slopes. This was not the case for Vinciguerra. We're talking only 700 meters of elevation, but it's STEEP! I hiked this as the temps were rising. The snow melt made the way up pretty darn muddy and quite taxing. I was a champ on the flat ground. Once we started the ascent, I was a lame billy goat ready to be put to pasture. 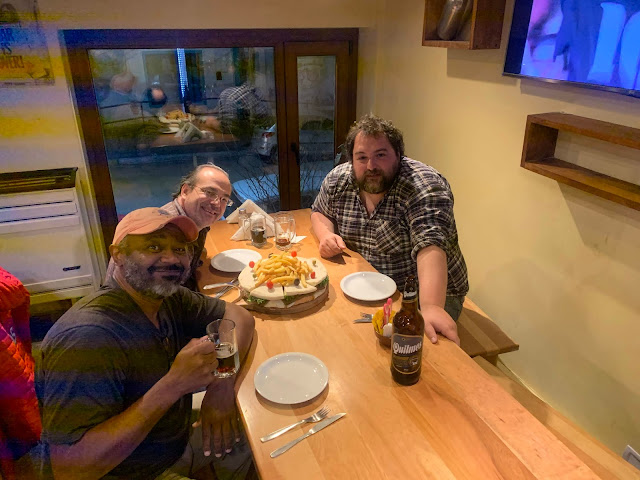 Nonetheless, I was determined to make it... and that cost me. I was so weak on the way back down, there was one point near the top I had to descend on steep rocky scree. I asked God for his assistance, let everyone else go ahead of me, made my peace with my life and did my best. Oh, I forgot to mention there was a sheer cliff to my immediate left. One slip and it'd be over. All that concentration for each step to make deliberate controlled motions was also mentally taxing. My knee screamed with each step, but I had to eventually give in and just do it.

Thank God it gave out on me when we were on the flat land near the vans and not at the top near the glacier. It just gave out without warning and without any pain. It just quit. At this point, I'm pretty sure I am done with my Around the World adventure. I had already booked a flight home for Thanksgiving. I was pretty sure I'd be staying put for the next few years to come. However, after just staying off of it, I regained some strength. I was home for the holidays and then came to Vietnam early February. I spent one month doing absolutely nothing. No tours. No walks around town. Nothing. And then Covid happened and I got even more time to chill and rest my knee.

On a brighter note, I got to explore Tierra del Fuego National Park. The trails were beautiful! I'm pretty sure it's impossible to have air cleaner than what I experienced in this part of the world. All over the place, on anything that isn't moving, you'll see the growth of lichen. This lichen can only grow in the purest air environments. 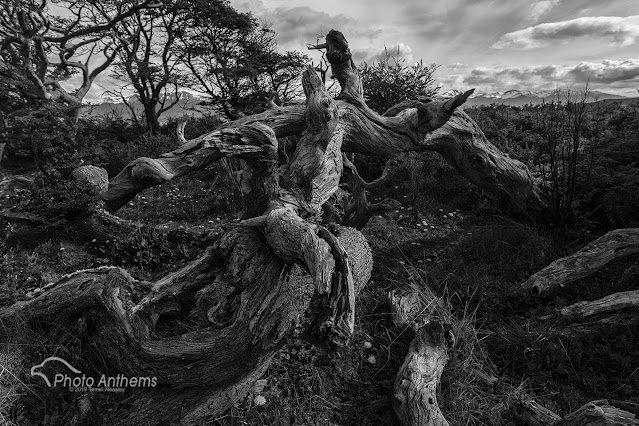 I spoke to a local university photography class! These guys were prepared! They had already seen my website and I was there to talk for 3 hours about my photography and give a them a foreigner's perspective on cameras, technique, and photographic art. I was unprepared. I thought I was going there for a totally different purpose. When I entered and saw the room full of students, I apologized for interrupting before I realized all those students were there for me. My next surprise was that half my time would be answering questions about my macro vulva art. They were not malicious or mean, and no one maligned me for my art. They asked questions! They wanted to know "why", what influence did I feel it had on women, and even tougher... how it reconciled with my faith (because they read my bio). I spent 90 minutes talking about vaginas to photo art students. THAT was a first.

Javier taught me so much about Ushuaia. I saw a lot of white people that I thought were European tourists. Nope. They spoke Spanish! 3000 Italians immigrated to the other side of the mountains into Ushuaia on two boats and settled that area late 1940's. But while that is part of the history, 60% of all Argentinians nationwide also have Italian ancestry. I was privileged to have dinner with a film crew that was doing a documentary on the last living inhabitants that arrived there on the ships. 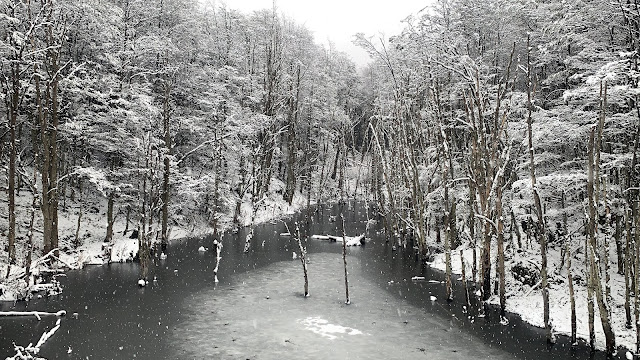 Two other things I learned about is first, how bad the North American beaver population has exploded there and wrecking havoc over the entire region. Beavers are not native to this area and they have no natural predators to keep their population in check. They were brought in in the mid 1940's hoping to profit from fur trapping. That didn't happen. These bad boys are devastating Tiera del Fuego. Not only do they fell trees to eat the leaves and build dams, but they also kill of trees and vegetation by flooding huge areas with their dams.

I also got a chance to try Mate, "...a is a traditional South American caffeine-rich infused drink. It is made by soaking dried leaves of the holly species Ilex paraguariensis in hot water and is served with a metal straw in a container typically made from a calabash gourd." - wikipedia. I liked that it was something I could drink that did make me want to put sugar in it. I didn't feel the need to. I'm a country boy from Texas. Our tea is cold, iced, and sweeter than raw honey.

I hope to return to Ushuaia and also see more of Argentina. 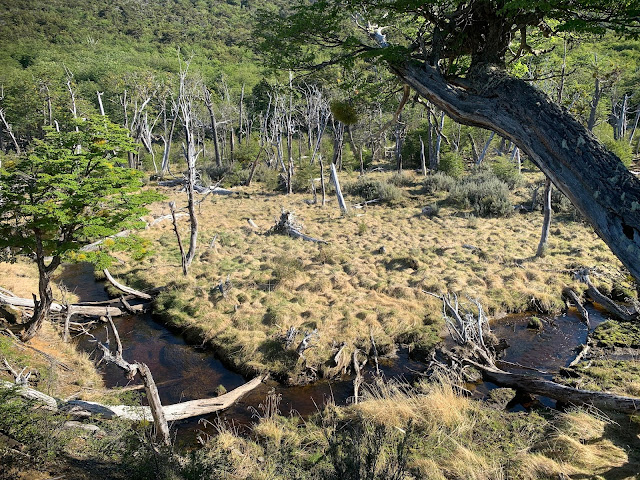 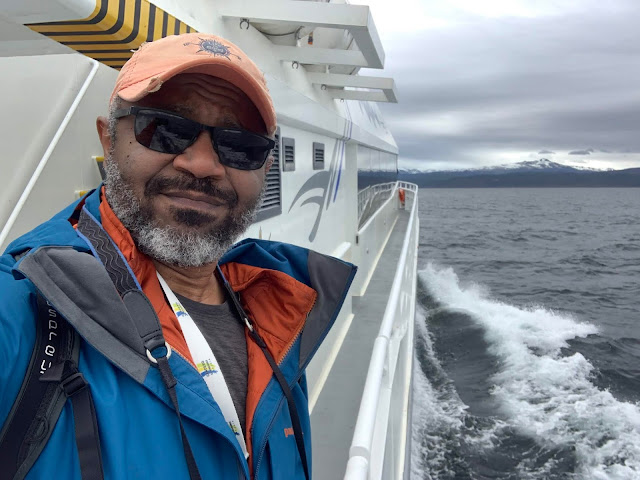 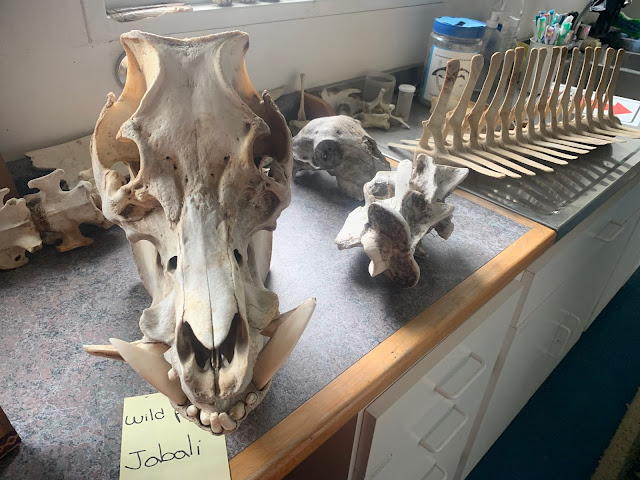 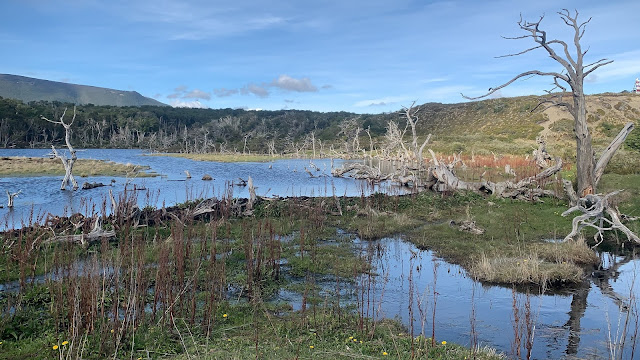 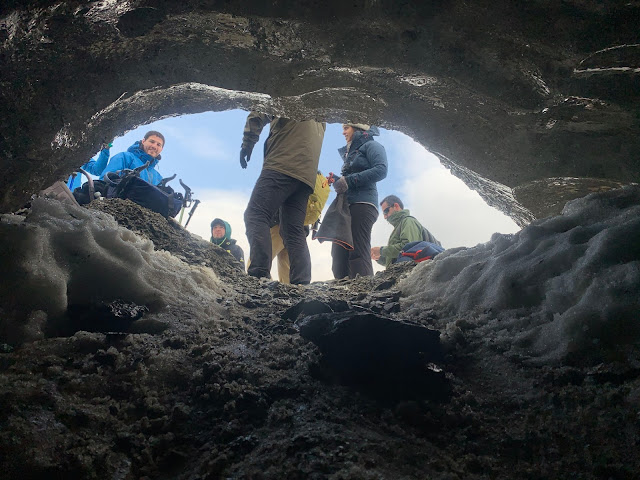 Brought to you by Photo Anthems.com 2 comments: