How to Keep Shooting Despite the Hot Weather

"If you saw a heat wave, would you wave back?"
~ Steven Wright

I don't know where you live, but Las Vegas was 115°F yesterday. That's 46°Celsius for those of you who relate more to that temp scale. Here in the desert during the summer months we come to expect that, but it doesn't mean we are comfortable with it. I call it vampire heat because just being in the sunlight can turn you into an ash replica of yourself. And also because my mom says the heat can suck the life right out of you. So does this mean that you need to suspend all outdoor shooting for the next 3 months? Are you now restricted to solely studio work during this time? Well, lets see...

Both Mirrorless cameras and DSLR's have a standard operating temperature max of about 104°F. So at 115°, that sensor is cooking. Cameras that don't have weather sealing will have a tougher time in these temps, especially where humidity is a factor. And don't even think about doing video at these temps. Try to do 4K and your goose is cooked. And by goose, I'm not referring to the relatively large well-known waterfowl. I'm talking about your camera over heating with permanent damage.

So let me share with you FIVE good options on how to keep shooting despite the hot weather.

1. The most obvious thing is to keep the camera out of direct sunlight. Just shielding your camera with your own body or covering it with a towel can go a long way. Keeping the sunlight off of it is the culinary equivalent of simply taking a boiling pot off the fire. Yeah, it might still be hot, but the boil suddenly stops. SHADE is your friend. And while I'm at it, remember this tip. Treat your camera like you would your kid. DO NOT leave your camera gear sitting in the car while you go grab something out of the grocery store. It doesn't matter if you'll only be in there a minute. Take your gear with you. On this matter, it has less to do with preventing theft.

In Vegas heat, the plastic molding of your camera body can actually melt inside a car as the interior temperature rises to 180°F. You can actually ruin the lubricants inside your camera as well as causing seals to expand beyond the factory specifications. Then you are left wondering why your lens has such a rough feel when you zoom out. Or why your shutter assembly suddenly fails. The heat affects your sensor big time. The reason you get noise when shooting at high ISOs is because of the heat produced at that level. Well you can be at ISO 100 and still get noise like that in high heat environments.

2. I've done model shoots at practically all hours of the day even in this desert heat. What I do is simple. I seek out shaded areas in the two C's of Shade. Canopies and Canyons. Its not that hard to find trees that afford enough cover from the sun. You can Google Map it and find adequate locations to help you. When I first moved to Las Vegas, I ran my art nude workshops in the shade. Some participants were a bit out of shape to handle too much heat. I had some who's age required less strenuous environments. I even had an actor who performed in "The Phantom of the Opera" at the Venetian. Getting a really dark tan was not in the script! Finding a strip of trees will be easiest in places that still get water such as in the low grounds of canyons. But canyons themselves can also serve shade just due to the steepness of the rocks. As long as the sun is not directly overhead, there'll be shadows coming from one side or the other.

3. In Vegas, its coolest earlier in the morning. So schedule shoots to be completed BEFORE 9am. By 10, the temp is already in the high 90's if not already 100. Its going to stay in the 100 range until 5 or 6pm before it begins to cool. I've seen it to be over 100°F after 9pm on the Strip. People don't realize how much glass, steel, and asphalt are collecting heat during the day and giving it back off at night. So schedule shoots early in the morning. Oh, and don't forget extra batteries. Heat can really tax the battery power. In fact, don't leave batteries in your camera when you are not shooting. Take them out of your camera. The last thing you want is for a battery to explode INSIDE your camera. You're welcome.

4. Along with early morning shoots, try your hand at some night time shooting. You can get adventurous and paint with light or use the full moon as your only light source. You might also consider speedlights or on-location studio lights with Vagabond battery packs. B&C Camera has some 500ws Phottix Indra500 TTL Battery Powered Studio Lights that also have High Speed Sync up to 1/8000th of a second. You can buy them for about $1300 or you can simply RENT them from the B&C Camera Rental Department. See...Too Easy!

5. Or you can get the hell out of Vegas! Do a day trip to Mt Zion National Park. Its still high 90's there, but compared to temps in the 100-teens, 90° feels a bit nippy. Actually, you don't even have to do that far. Wanna know what the forecast is this week for Mt. Charleston? MID-80's!! So the name of the game is elevation. But let me even keep you even a bit closer to Vegas. Check out ICE BOX CANYON! You can expect anywhere from a 10 to 15° temperature drop back in that canyon and in some cases 20. Again, Google Maps some of these areas and go scout them out during the time of the day that you'd like to conduct your photo shoot. So there you go. 5 good tips to keep shooting despite the hot weather. Be smart, but most of all, be safe. Happy Shooting!

Bonus Tip: Consider keeping a ice pack or cooler handy. You can even put a frozen water bottle in your camera bag just to keep the temperature down. You don't need to put the bottle right up against the camera though. Be careful because the sudden temperature change from the cooler to the ambient air can cause condensation. If that happens, let the camera sit in the ambient air for a bit til the condensation evaporates. And be sure to take care of yourself as well. Sunscreen. A wide-brim hat. Light-weight clothing covering exposed skin. And most importantly... HYDRATE!!! Even if you are not thirsty, drink water anyway.
Brought to you by Photo Anthems.com No comments:

Its Going to Be Southeast Asia 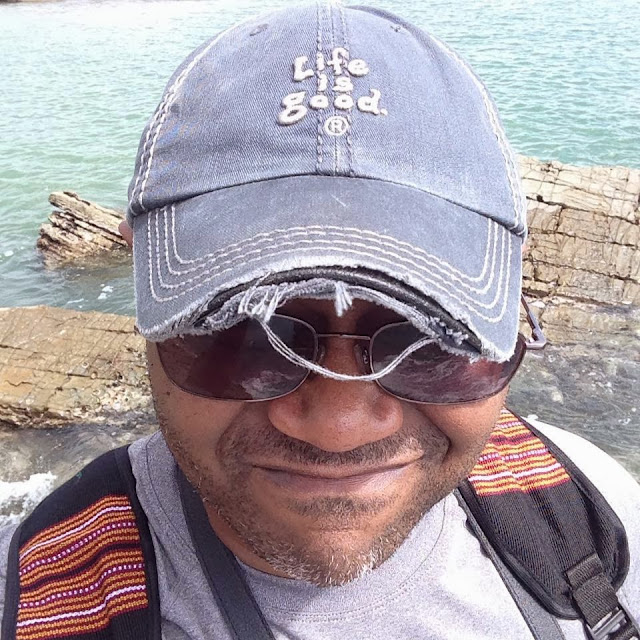 Its now July and after much deliberation, I've decided Southeast Asia is going to be my next travel adventure location. Primarily, I'll be concentrating on Vietnam, Laos, and Cambodia this time around. Why? I love Central America (and will likely be there next year), but this time I want to see something completely new. I'll be focused on getting more fine art landscape, especially at night, and scouting possibilities for future workshops. When? Well that's a good question and I'm so glad you asked because that's where YOU come in.

I'm looking at a 3-month excursion doing one big loop that'll have me tromping through the length of each country starting in Hanoi and playing around Northern Vietnam. I'll then travel to Laos and fiddle-faddle in the northern region before making my way south and into Cambodia. I haven't made specifics with Cambodia as much, but from there, I'll likely make my way to Southern Vietnam and back up to Hanoi again. Could be 4 months...I don't know. Flights are so much less during the fall.

However, with this undertaking, funding is paramount and I want your help. Over the next three months into September, I want to be working my ass off to cover my trip expenses for an October start date. So the more I get help from you guys, the faster I get gone and the faster you get to see all my interesting and highly intriguing pics of the glorious Southeast Asia region. I want a huge focus on the Mekong Delta! 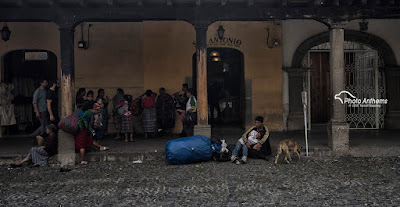 You want to help? Okay:

1. Keep me in mind when you need your next photography service. This is what I do, after all. No, I'm not cheap, but I'm damn good and right now is the best time to catch me while I'm willing to negotiate a bit more given this high volume of service traffic you guys will be bestowing upon me. You already know I like to travel, so if you're out of state, I certainly welcome that. I love seeing new places! And don't act like you hadn't seen my portraiture work, especially with the beard series. You know you love it. Its time for you to get some new pics. Mine are made for the wall in your home and not just the wall on your FB page. 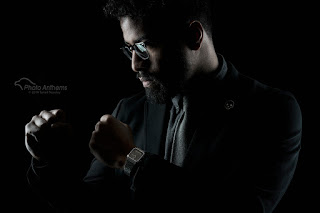 2. Keep me in mind when you hear of someone needing photography services. I do a 10% kickback on contracts for gigs that you recommend to me under $2000. Recommend a gig that results in $1000 service, you get $100 back from me immediately upon receipt of payment. I'll do 15% for any contracts $2000 and over. Do the math. That's $300 and up. So as long as the contract books and payment is made...you get paid. 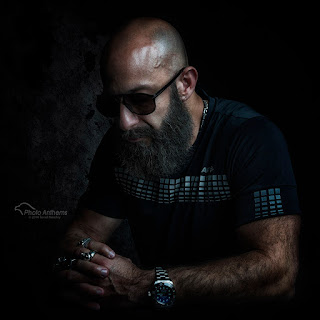 3. You've seen my fine art work. (I hope you've been paying attention to more than just my art nude work.) Well, here's your chance to own some and virtually everything is for sale. Check out my website at PhotoAnthems.com (or even this blog) and see what you like. Yes, I still hold some pieces off the market for the time being, but if you have something you're interested in, let me know. I print big. The smallest would be a 16x20 or something at least 300sq inches. 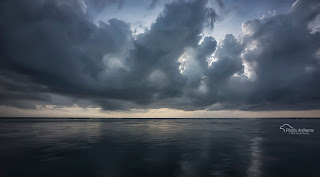 4. Photo Classes - I do One-on-One week-long photography classes that are intense and in-depth. I cover information on your specific camera before getting into the fine nuances of photography. My classes are customized to you and your needs. Nobody really gets the same class because each of you are so different with different needs and learning styles. I don't teach one generic class that everybody gets in cookie-cutter format. Nope. You tell me what you need and I tailor it specific to you for 5 days with a minimum of 4 hours and we do a whole lot of shooting, both in studio and on-location...daytime and night...covering speedlights and studio lights, and so much more.

So email me for more information at my Gmail account, using PhotoAnthems in front of the @ symbol. You'll be helping me get started sooner on my journey. 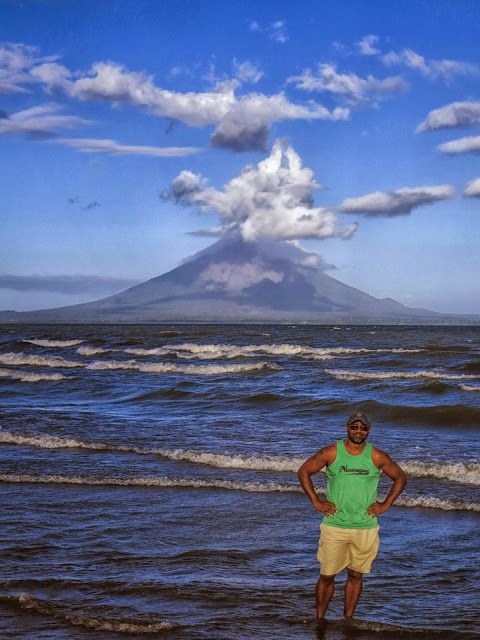