Tomorrow, I leave Lake Atitlan (still in Guatemala) and head to Antigua (also still in Guatemala) for a few days. These will be my last few days in Central America for a while. To be cliche, it seems like only yesterday that I arrived in the region with my model, @Kayci.Lee in Nicaragua and explored a few countries with her in January before she left early Feb. Then, I thought I'd be in Xela for only a few months, but that turned out to be six months instead. I thought I'd head up through more of Central America and make my way down into Colombia. I chose however stay put in one spot, save some money, and fly to Colombia.

So in September, I fly to Cartagena, Colombia and start a new adventure in places I have never been. Never been to South America at all. I've been throughout Central America quite a few times. I started out in Panama (twice) in my Army days and then for the first time as a civilian for 6 weeks with my friend, Heather in 2012. I came back in 2013 for 3 months alone and then again for 3 months with my girlfriend, Tracie in 2015.  This makes my 4th civilian visit here and also by far the longest I've traveled alone. No girlfriend. No model. Just solo. Eight months and its still taking a bit to get used to that.


So now it's off to new places. I don't expect Colombia to be terribly different from Central America, but I know it's not the same. Culturally and climate-wise, I can only assume similarities but I've been told many things about Colombia and its beauty, so I'm excited. Even today, in a barber shop, eyes widened as I corrected some assumptions that I was headed back to the states with this being my last day here in Lake Atitlan. Stories in English and Spanish poured out in abundance at the mention of Colombia. Once guy was disheartened when I confessed that I would not see the more southwestern city of Cali on this trip. My travels will keep me more northern this time around. I won't likely get further west than Bogota. From there, it's onto boating up the Amazon River in Brazil, up through Peru, and into Ecuador. 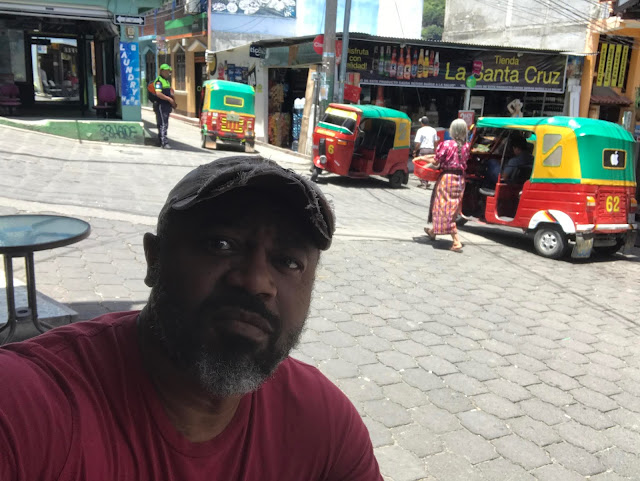 I think I have most everything I need going forward. Most importantly having a laptop I can finally edit on was chief concern. I left my macro lens back home in Texas. If I need macro work, I can use my 55mm with the extension tubes. I'll have to wait til this December for the Sigma 20mm 1.4 for Sony cameras. It finally became available right as I left stateside because, of course it would. An option could be to replace my Sony 16-35 f/4 with that and travel only with the Sony 55mm 1.8 and the Sigma 20mm 1.4. Yes, I know I forfeit anything telephoto, but you can't bring everything when you have to carry it all on your back. I can't say I'm still sold on the drone option, but I'll likely pursue it anyway. Again, weight is of primary concern. The drones are lightweight, until you consider everything else you need with it like spare batteries, spare parts, etc. Then  combine that with all the other "spare" stuff you already have for all your other systems. Traveling as a photog gets heavy real quick.


For now, I have been here in San Pedro, Lake Atitlan for the last 10 days and I have to get some packing done. Tomorrow afternoon, I should be in the old colonial town of Antigua. All eyes are on Colombia at this point. In the next blog post, I think I shall touch on the new Nikon Z-systems and my feelings on them and Canon picking up the mirrorless banner.

When I Found Out About the Fisher House

I've been remiss on giving props to an organization that assists soldiers and their families, so let me take a post to correct that right now.

Back in October of last year, I had to get my back worked on. Radio Frequency Ablation, a procedure to kill the nerves in my lower back... L-1 through L-5 using radio frequency heat directed down through needles onto the nerve. Since those nerves can be regenerative, I was told that I might need to have the procedure done at least once...maybe two more times to where those nerves cannot regenerate. That was October of 2017. By February 2018, I was feeling that lower back pain in full force once again. So when I came back stateside from Guatemala in March for my mother's birthday, I made arrangements for the upcoming JUNE to return again and get the second procedure on my back.

The problem though was cost. I am backpacking abroad and coming back stateside to stay in hotels and renting cars for a few weeks is not cheap. Not to mention, my daughter and granddaughter were also coming to help look after me for a week. So despite the fact that I'd be there for a little over two weeks to recover and for follow-up appointments, my main concern was for the week that my kids were there.


That's where the Fisher House comes in. I had no idea until someone at the hospital told me about them, but its an added, but private benefit for soldiers and their families separate from the VA. Surprisingly, they are located right in front of the main VA hospital of Las Vegas. I never knew what that building was. I know now.

The assistance they provide is actually not for the veteran themselves, but for the veteran's family and care providers who help take care of the veterans while they are hospitalized. My procedure entitled me for one week of stay in their facility. I say one week, but after my stay was complete they offered me to stay for the remainder of my time in Vegas, which was to be another week to 10 days. I declined the offer because my daughter had already departed and I did not want to take advantage of this benefit. I was so honored at the services they provided and already felt indebted to this organization. 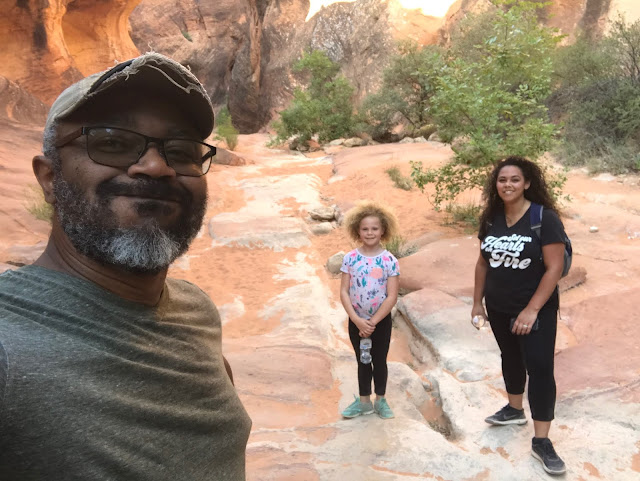 Let me outline the services a little bit. We got a room, of course but it was in a state of the art facility that was merely two years old...well-kept and well-maintained. They also had kitchen facilities that were well-stocked with food. If I can recall correctly, there were 4 industrial class refrigerators and two freezers of the same quality. The cabinets and cupboards were filled and stocked with food, plates and dishes, pots and pans, snacks, fruit, etc. You could have anything you wanted. They just asked that you be respectful of others and cleaned up after yourself.

There was a family room that had board games, videos, an X-Box, cable TV, and a back patio. There as a front seating area with plenty of books and magazines, and a large dinning room. I could tell that there was a mutual respect of all those that were guests at the Fisher House. Everyone that we met when we got there greeted us, introduced themselves, and showed us around. They asked me about my procedure and told me of theirs. Some had been there for months, while a husband and in one case a wife was being treated across the way at the VA Hospital. Incidentally, I found myself doing the same exact thing toward the end of my stay, now that I was a veteran of the Fisher House. I greeted the new guests coming, showed them around, told them how awesome the place was. My daughter helped with demonstrating how some of the appliances worked.


Many of the guests were much more senior than myself. Everyone marveled at my granddaughter's hair. I actually think she was getting fatigued on being told how cute she was. It was especially hard on her being the only child there and having to "keep it down" all the time. So after our stay, I took her camping up in Utah to let off some of that energy. Granted, a kangaroo rat brought everything to an halt around mid-night, so we didn't get to actually sleep camp, but the hiking as fun. I may have challenged my back a little more than I expected. This procedure was much more painful and it took much longer to recover than before. The last time was mere days and I was good to go. This go around had me still feeling pain for weeks after. Its been a month and a half and I'm still making adjustments. I sincerely hope it takes this time and I don't require a third.

At any rate, I definitely give props to the Fisher House for being there for myself and my family. They saved me a ton of money and helped me feel at home. All I had to worry about was my recovery and not financial strain or anything else. So, my thanks to the Fisher House for all of that. I'm back in Guatemala and ready for my next venture in a couple weeks in Colombia.