Attack life, it's going to kill you anyway.
- Steven Coallier

“A journey is best measured in friends, rather than miles.” – Tim Cahill


(And this is the pivotal principle that I learned was most important on my trip.)

Central America was quite the experience and you know what? I think I have to go back and visit again, possibly in November. Guatemala to be specific. Traveling like this has its own unique challenges. I was gone for a month but it seemed so much longer. Re-acclimating to being back stateside was another challenge in itself. Stepping back into your regular life and catching up on mail, missed phone calls, and ongoing life issues is not an easy task.


In the last blog post, I wrote from San Miguel in Guatemala. That was maybe the halfway point my trip. I had visited Semuc Champey and Tikal, but then the next stop was Finca Ixobel which was a couple days of not-so-much-fun. From our initial arrival it was bad. We were going to be there for 4 nights, but we were informed that the hotel had given away our rooms for the last two nights due to a larger group coming in. There was no sense of remorse. No discounts for the two nights they did give us... not even an apology. Nothing about the two nights we stayed there was satisfactory.

Things did improve at Casa Rosada in Livingston, Guatemala. Ismael was so helpful and accommodating that we stayed extra time there before heading to Belize. I had quite the experience there on more than one occasion. In fact, I was invited back for special accommodations. So yes, this is one of the reasons I need to return.

“I have found out that there ain’t no surer way to find out whether you like people or hate them than to travel with them.” – Mark Twain 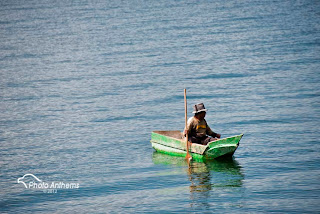 We took a boat from Livingston, Guatemala to Punta Gorda, Belize. From there we bused to Hopkins, a coastal city with surprising accomodations considering the appearance. Hopkins isn't a wealthy town by any means. The bus drops you off 4 miles outside of town and we literally had to hitchhike in. We were fortunate because it has just started to rain and a guy in a truck picked us up. Its actually a common thing. They pull over and we throw our bags in the back and hop in. They city looks like it could use a little fixing up, but you won't find a better pork chop on the planet that will compete with the ones you get at Frog's Point. A half mile on up the road we found the   Lebeha Drumming Center & Cabanas where we met Dorthy who showed us our cabanas located on a private beach. The North end of the town is definitely the preferred stay as its less busy and less populated. I'd definitely recommend renting bikes to get to and fro the restaurants on the South end. After only 2 nights I was sorry to leave. But we were on our way to Tobacco Caye, a 5 acre island about an hour off the coast.

Tabacco Caye was the most relaxing place I visited during the entire trip. We stayed there for 4 nights, but after the 2nd day, you're hunting for something to do because you began to feel guilty for sleeping so much. It simply can't be helped. You just want to lay down and doze off. Our huts were over the water, so you heard the constant crashing of waves on the shoreline under you. The hammock on the back deck overlooking the clear water was astonishing. All sorts of marine life would swim just below your feet.

We traded this smallest island in the South for the largest island in the North, Ambergris Caye. The place was a bit too touristy for my taste. The first thing you notice was all the people with roller luggage instead of backpacks. After we got to our rooms we ventured out and found some guys who took our deposit for some tours for the next two days. Sailing, snorkeling, zip-lining, and cave-tubing were now on schedule. Yes, there were hurricane warnings but these guys were certain, we could get these tours in before the rain started. That night, our hotel told us to get packed up and prepared to leave the island the next morning because orders were given to evacuate because of Hurricane Ernesto. Our 100% totally refundable deposit was gone. The trick now was to get the hell off the island and find another place to stay. However with so many people now looking for rooms, Heather Rae and I elected to simply cut the trip short and head back stateside. It took some considerable effort, but we got up early the next morning, made the boat out and got to the airport taking the 2nd flight out of the country. Obviously, we made it out of there. I spent some time traveling to visit family in Tennessee and Texas before finally returning to Las Vegas. Now may challenge is simply to assemble and edit all these pics and videos!
Brought to you by Photo Anthems.com 4 comments: