"Growing up in the war, listening to Churchill's speeches, being bombed in Glasgow every night - that brought me to photojournalism. It was the drama - I wanted to be close to the center of things."
"I was next to Bobby (Kennedy) when he was shot. It was hideous. Part of me wanted to crawl away. I couldn't. That was when I had to deliver. I was saying to myself, 'Don't fail now, fail tomorrow.'"
The Kennedy thing - I still wake up in the night and think about it. I even remember the f-stop. It was 1.4"
- Harry Benson - Vision - Lowepro 2004/2005, page 29

Just puttin' this out there, but if ya'll are thinking Christmas work and photos, ya-betta hit me up now! Most people aren't thinking about this till sometime in December. Granted, I wouldn't mind the sudden rush of photo work, but you can make it easy on me at least. 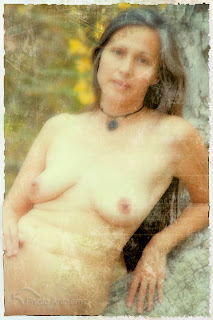 So, Anyway! This past Wednesday evening was an interesting one. Harry Benson came to the Community College of Southern Nevada to talk about his photos and life's work. I've seen his work before...who hasn't? However, what made this particularly a blessing to witness was the story behind his work. Its one thing to see his shots in a book. There might be a caption or a title accompanying the imagery. You get a sense of what's going on, where they are, maybe the different parties involved if its not already apparent. I went in expecting to hear about a man and his career...how it made it, his challenges, and his heart-breaks. I envisioned the man addressing us from a podium giving an hour long speech that he has probably done several times already that week. Well, part of that was accurate. He did come up to the podium and began a slide show of his images. But it wasn't just a man talking about what he's done. It was more akin to listening to your grand dad tell you about his exciting adventures that maybe you've already heard him tell many times before, but still enjoy hearing again. 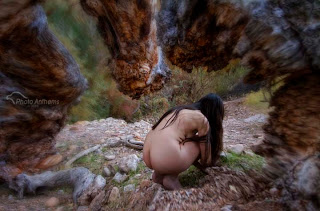 You got to hear the story behind the shot. Some of it was as of a result of  his own intuitiveness. However he also told us of how he once almost went to a bar or club with some friends, but instead felt inclined to go to the Ambassador Hotel. Robert Kennedy had just won the California primary. He told us of how it was too crowded to leave the way he came, so he decided to head out through the kitchen area instead. The rest is history. Just like his photographs, none of his stories were boring. You laughed, you cried....well, maybe not cried, but you could definitely feel the collective emotions in the auditorium no matter the mood. He was superb in his presentation and he continued to engage his audience, particularly doing so with interjecting jokes about his friends, Stacey and Michelle. 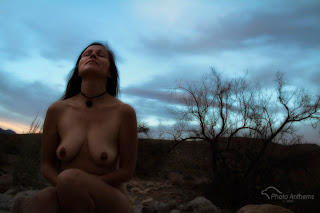 After the session, I was one of the final people to get to ask him a question. In the end, I got to talk to him for a bit and gave him a card. I had asked him to reflect on why we never see more introspective work of himself or those personally close to him, given that he's shot so many famous people. We never saw him or his family in any of his published work, despite the fact that he's so famous as well. Then I asked who would be the photog to shoot him, should he desire it, much the same way lawyers warn against representing themselves. His reply was sort of astonishing. He said, "I don't know. Maybe YOU!" Trying to be as quick, I responded with, "I don't know about that. I might be able to work you in before Christmas though!" In reality, I'd love to follow him around over the course of a few years just photographing him doing his thing whether that be working, or chilling out with the family. Great biographical work for some of my Legacy projects. I don't think I could do him justice writing it, but I know I could handle the pics department. Yeah, we need to get on this, HARRY!
Brought to you by Photo Anthems.com 5 comments:

“It is one thing to photograph people. It is another to make others care about them by revealing the core of their humanness.”
- Paul Strand

I hadn't been away that long so quit trippin'. Besides, I know I'm not your early morning cup of coffee that you can't start your day without, so I ain't trippin' either. I do miss reading and following up on some of the other blogs I track, though. I hadn't been up on the boards as much lately, so I think I've been out of touch with some of the people who usually hear from me regularly even when a few weeks pass on my own posts. As I'm sure is the case with many of you, lots has been going on.

It's certainly been a while since I've had to do so many photo editing as I've been doing lately, including for other photogs. I've had to just walk away from the computer from time to time and just do something other than shooting or editing. In those cases, I try to not even think about a camera, pictures, or the work. I go see a movie, do a hike, or just try to hang out with somebody that is not affiliated with photography. J.L.Wolfe is an actor and photo enthusiast who has been my friend for the last 3 years, but we hadn't seen each other in ages. We kept planning to hook up, but just didn't, for whatever reason. I gotta say it was so good to see him again and our catching up was one of the...well, I don't know how to really describe it, but I left there feeling a stronger kindred. You're right, I'm not going into details, but having a beer, some burgers, and excellent conversation with him was absolutely great. He's a very wise man and we must have been there for 3 hours sitting in a late night Japanese burger joint catching up. I left there feeling like some healing took place. It was marvelous. John is cool. 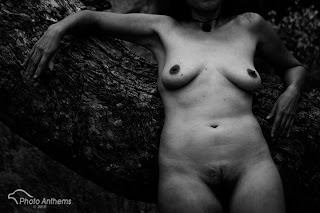 I need to catch up with my buddy, Felix. He used to be all over my blog talking about the latest adventure we'd gone on, or something we've done. That hadn't been the case of late. He's gotten busy and so have I. I think he's one of the best natural photogs I know. We have some different styles of shooting but often some of the same ideas. I was really happy when he called me up, a few weeks ago. It wasn't as if we hadn't talked in a long time, but I was already on another important call, and elected to get back with him. I then got a text message to call him right away. At that point, I figured, I needed to get back to him right away in case this was urgent. There was no emergency. Felix was just going on and on about how much he liked this latest shoot of mine. I kid you not...it must have been a little longer than 20 minutes with him raving like a mad Mexican on this shoot I did and how the shots got better the more advanced through the gallery. THAT was a first! Felix has liked some of my work before, enough to where if he needed a back-up, he'd call me. But this was just too funny! I admit it almost made me choke up a bit. Its always a good thing to be admired by one's peers, but even more so from ones you respect so much. Thank Felix. 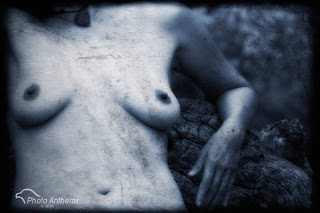 After what seemed like months, I finally got to work with model, Outdrbeauty. We got together a little more than a week ago and put together a shoot. I got some pretty decent shots, but we ended up losing the light due to the time change and the sun setting faster. Because of her work schedule, it couldn't be helped. Then when we finally got on location, there were more people out than expected. I hadn't shot out in this spot in 2 years and since then, there have been developments. John, in fact, had told me about some of it before hand, but I really had no clue til we got out there. People kept walking into out shoot. We decided to pack it up, but on the hike out, there was a light in the clouds that was simply a must-do. It simply did not matter that a guy with his dog was right behind us, but in the time it took her to get naked again and for me to get out the camera, we lost the effect. It was gorgeous. I got "a" shot, but not "THE" shot. She and I will be hooking up again soon, hopefully in the same area before it gets too cold, to finish this shoot. The shots you see here are some quick edits I did in hopes of continuing again later. 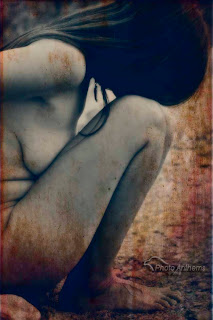 One other thing that has kept me from writing is the nature of the way I write. I tend to write with my emotions on the keyboards and there have been a few things that have just been too raw to put out on the net. Some emotions are just too strong and some of it had nothing to do with photography. So rather than getting into an opinionated rant, I just held my tongue...or fingers, as it were. A few cases had to do with bad experiences and pain suffered by a friend as well as one who was not a friend, but rather whom I was affiliated with. Tragedy and loss haunt us all at some point. I will indeed blog about some of it at some point real soon, but to do so, so immediately might end up hurting some feelings or put people on the spot. So wisdom and consideration might dictate a need for some patience. I try to concede to wisdom every now and then. Timing is important.

Trying times lie before, but I take solace in the fact that trying times have also been overcome behind me as well. Despite all, I'm still here...
Brought to you by Photo Anthems.com No comments: